the exhibition will be visible during the regular opening hours of the Museum:

Other days and times by appointment.

With the collaboration of the ‘Club Modellistico 4 Gatti – Vicenza’.

And with memorabilia from the Padovan collection

The exhibition is held on the eightieth anniversary of the Second Battle of El Alamein (El Alamein – October-November 1942), retracing the months following the clash until the final surrender of the Italian-German forces in Tunisia on 13 May 1943.

The narration of the journey takes place through the words of the veterans themselves, which, presented to the visitors, only marginally recount the battles they faced, dedicating space, through written memory, to the many problems that afflicted our armed forces: from the lack of water, to the hardships of daily life, from the poor quality of equipment to the terror of minefields.

At the same time, the exhibition recounts the constant inferiority not only in numbers but also in quality that the Italian military had to deal with.

To understand the situation militarily and visually, a valuable aid is provided by interesting models and models made by the 4 Gatti Modellistico Club in Vicenza.

The models are flanked by dozens of original memorabilia from the North African Campaign, including uniforms of many combat units but also unusual equipment such as water filters used in the Libyan and Egyptian deserts.

In some cases, the exhibition will shed light on dramatic and emotional events, as in the case of the RE 3536 tank where Giovanni Cracco from Valdagno (Medaglia d’Oro al Valor Militare alla Memoria) found his death.

A space is also dedicated to the memory of the over 340,000 Italian prisoners of the North African Campaign. 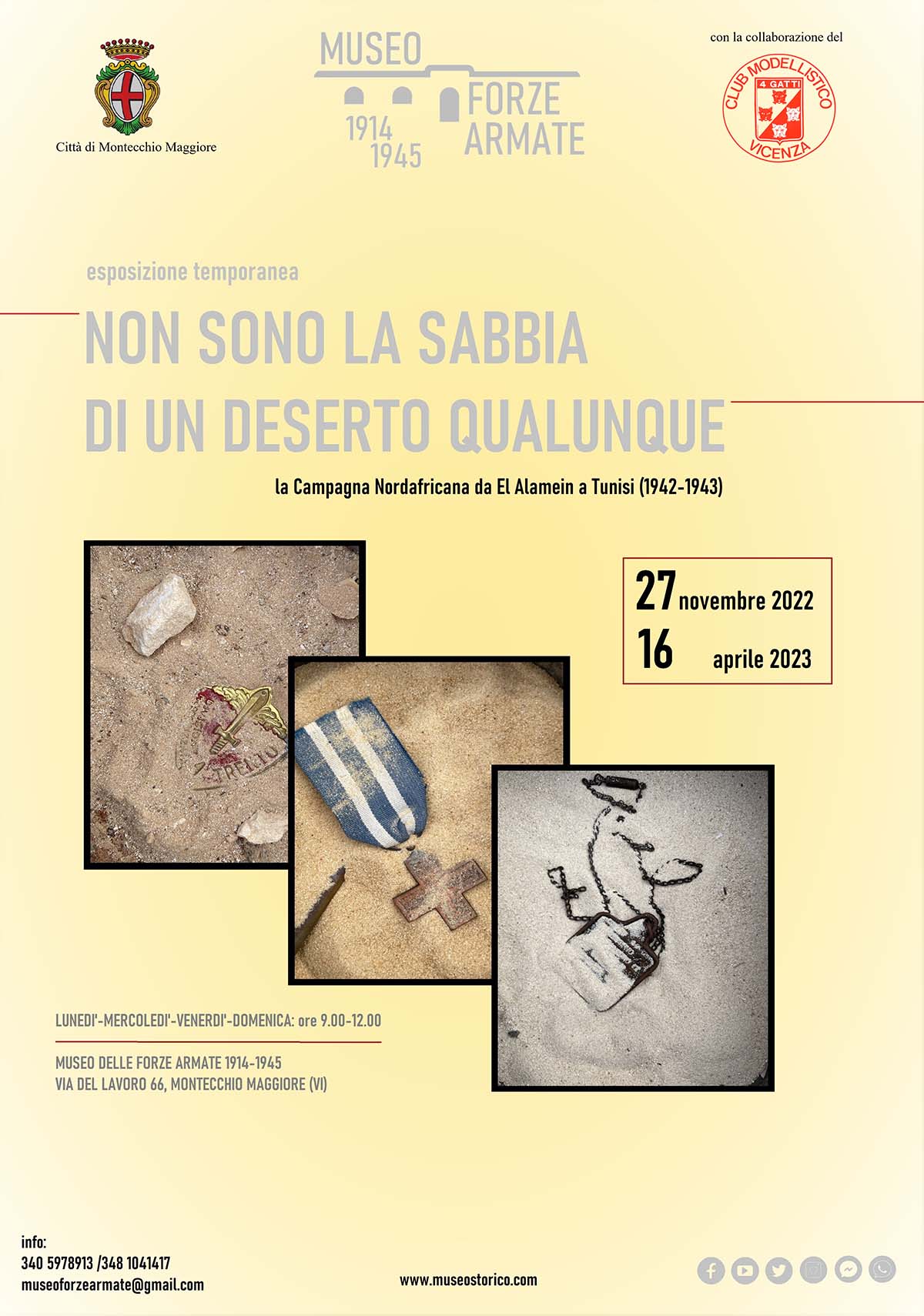