More than thirty vehicles from the two world wars as well as some from the postwar period are on display at the Museum.

In the exhibit, the armies that fought the Great War and especially World War II are represented through different types of military vehicles.

The vast majority of the vehicles on display have undergone major routine and extraordinary maintenance work and are in working order.

The vehicles of the Kingdom of Italy

The means of the “Allies”

Collaboration with other agencies

The vehicles of the Kingdom of Italy

The Royal Army is represented with nine vehicles very different in type: these include the only two Great War vehicles currently on display at the Museum, the Fiat 18BLR and the Pavesi Tolotti Type B heavy tractor.

The collection of armored vehicles is also very important: an L3/35 an M15/42 medium tank as well as a reconstruction of the Fiat 2000. 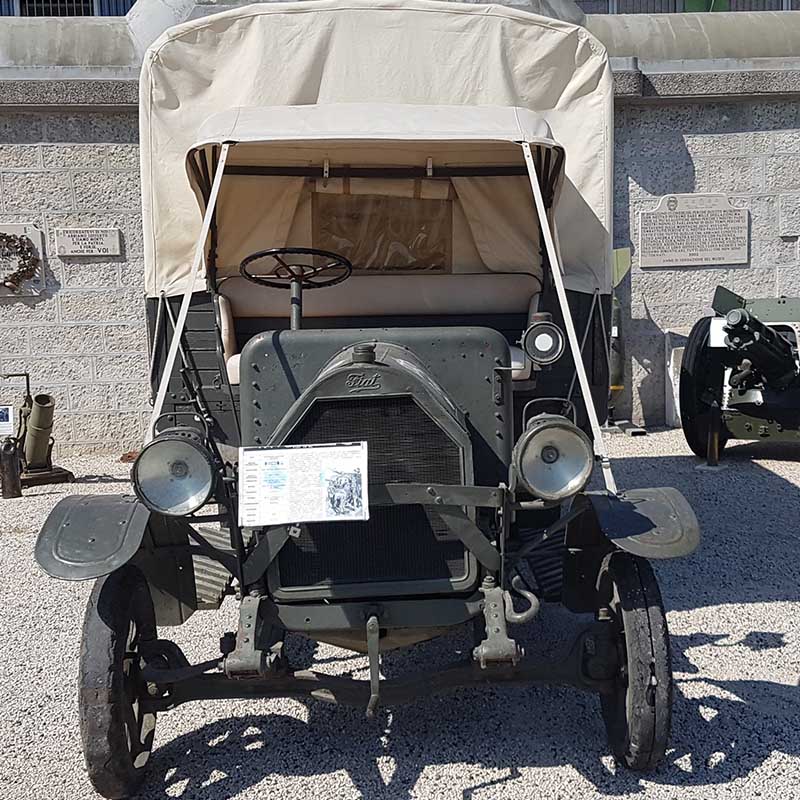 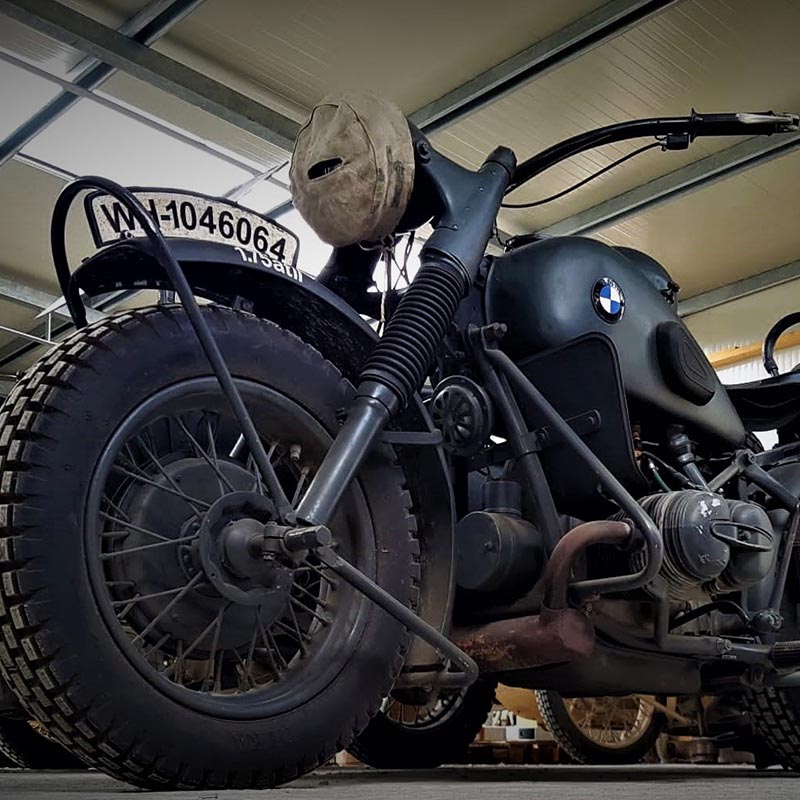 The German armed forces, the Wehrmacht, are described by some of the most representative vehicles of World War II iconography: sidecar motorcars (featured in various liveries and manufacturers) and the troop transport half-track SdKfz 251 Ausf. C (OT-810) one of the best-known symbols of mechanized infantry.

The vehicles of the “Allies”

There is more than a dozen Allied (U.S., British, Canadian) vehicles on display at the Museum.

These include motorcycles (such as the Harley Davidson WLA) transport and engineer bridge vehicles, reconnaissance and combat vehicles, as well as several Jeeps.

Some of the exhibits include a rare M3 Halftrack with Maxtron quadrinata, an M3 Scout Car, and a Fox Armored Car. 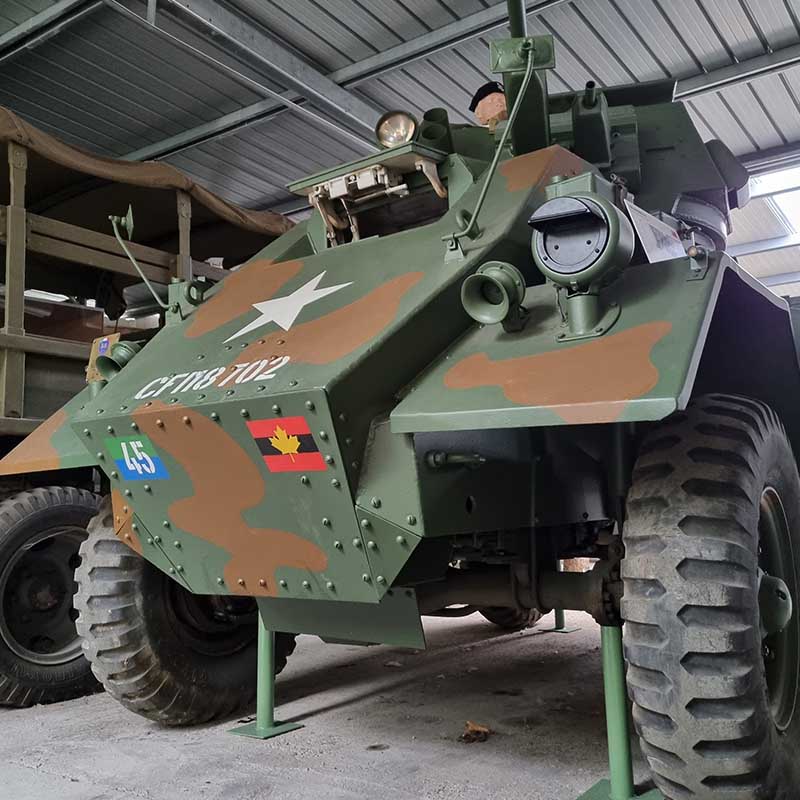 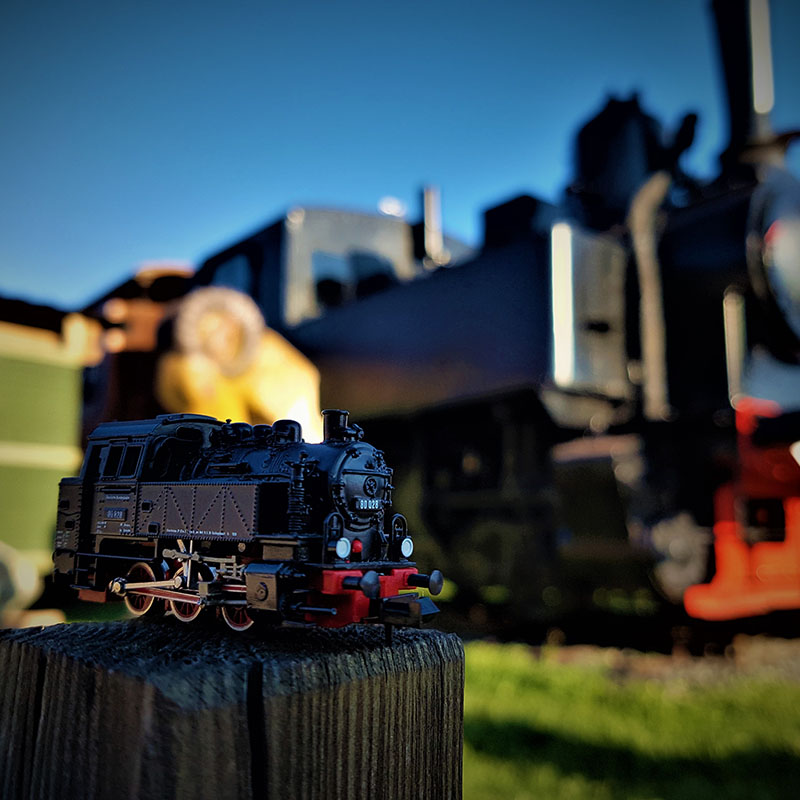 Two interesting Air Force aircraft (a G91Y and a Macchi MB) and a railway convoy of Austro-Hungarian origin also find their place in the museum grounds.

Collaboration with other institutions

In January 2021, the Museum of the Armed Forces 1914-1945 and the Italian War History Museum in Rovereto entered into a Convention that provides for the display of some important vehicles that are part of the Rovereto Museum’s collections.

The Museum also exhibits other vehicles by concession from third-party entities: 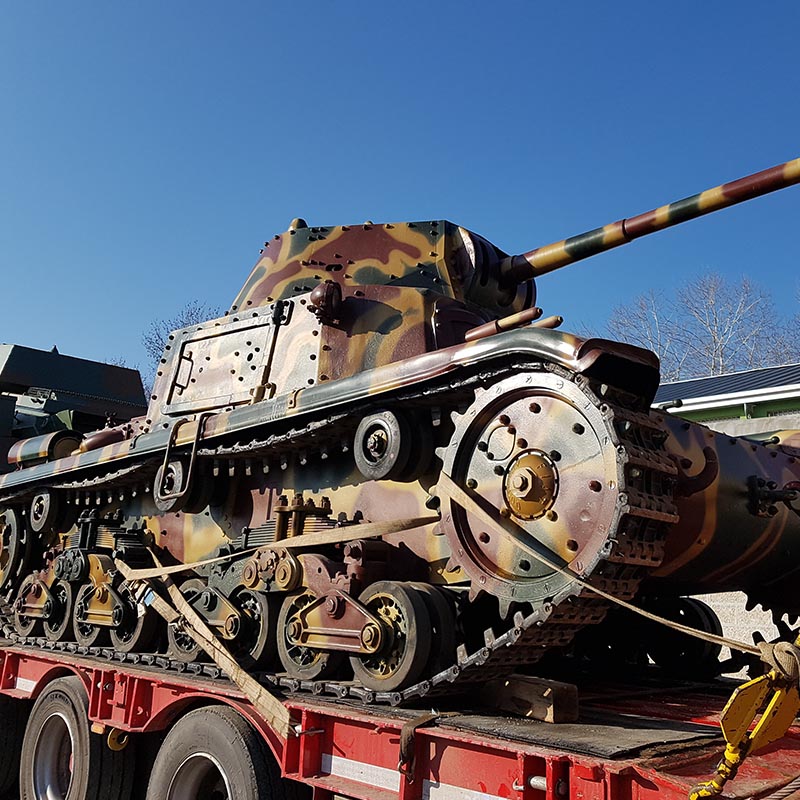