The agreement with Rovereto

During the 1970s, Svecom-P.E. company president Giancarlo Marin began his private collection of weapons: from rifles to machine guns, from jeeps to tanks, through airplanes and helicopters.

What attracts him is not simply the weapons themselves, with what they represent and the use to which they have been put, but the mechanics they encompass.

Expanding year by year, with the management help of the Museo Civico delle Forze Armate 1914-1945 Association, the collection of memorabilia has been transformed into a real museum that is constantly growing and attracting thousands of people a year. 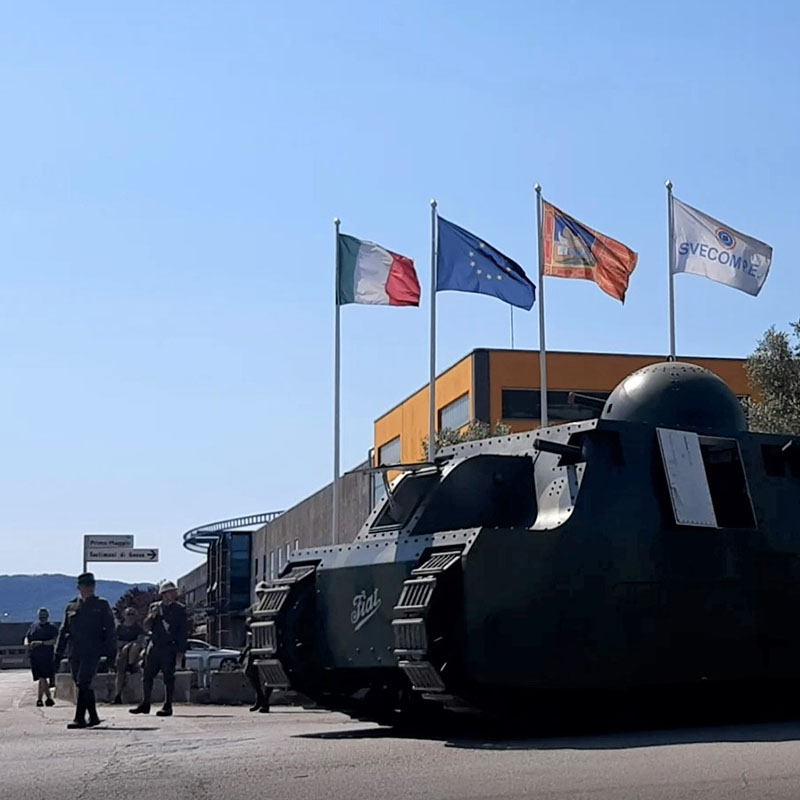 The agreement with the Museo Storico della Guerra of Rovereto

In January 2021 the Museum entered into an important agreement with one of the most important and prestigious bodies in the field: the Museo Storico Italiano della Guerra of Rovereto.

The agreement determined the possibility of exhibiting in Montecchio material that was part of the Rovereto Museum’s collections. Some of the pieces granted were subjected to maintenance work before finally placing them at the disposal of the public.

Among the exhibits are several valuable pieces of artillery and some vehicles of significant importance.