There are four main themes offered in the Hall’s itinerary:

The Hall’s narrative makes it possible to follow the events and aeronautical development through those of the individuals whose memorabilia are preserved, more than twenty aviators, almost all from Vicenza, some of them multi-decorated.

One of the peculiarities of this section is the display of the memorabilia of a girl, Elsa Dalle Ore, who turns out to be one of the first women with a pilot’s license in Europe.

Also numerous and interesting are large-scale models of different types of aircraft used in the first half of the last century.

Flight in the Great War

Golden age of the Italian Air Force and the 1930s

Flight in the Great War

The first part displays the memorabilia of some of Vicenza’s pilots, all decorated with Military Valor Medals as well as an interesting large-scale model dedicated to the census of World War I military airfields made by the Il Fronte del Cielo Association.

From Arzignano, commander of the 71st Fighter Squadron and decorated with Bronze Medal of Military Valour. Died of war-related causes.

Nanto native, commander of the 78th Fighter Squadron decorated with Silver Medal of Military Valour and Ace of the Great War. Executed in China in 1951 by the Maoist government on a false charge.

From Brendola, scout decorated with three Silver Medals of Military Valour. Participant in the Rome-Tokyo Raid Died in plane crash in 1921.

From Valdagno, seaplane pilot decorated with Bronze Medal of Military Valour and brother of Elsa, first aviatrix of the Three Venetias.

Golden age of Italian aviation and the 1930s

This section refers to the great feats accomplished by Italian (and Vicenza) aviators in the 1920s and 1930s. From the incredible Rome-Tokyo raid to the Desenzano High Speed Department or the Ten-Year Air Cruise. It also intends to testify to the great aeronautical activism of the people of Vicenza and at the same time to remember the risk of the airplane medium.

Cousins, both from Thiene, linked to the Vienna Raid and the Rome-Tokyo Raid. Arturo Gold Medal for Aeronautical Valor and Silver Medal of Military Valour

From Valdagno, obtaining her flying license in 1932 she was the fifth woman in Italy to succeed in the feat and the 20th in Europe. Wife of R.A. officer Giovanni Buffa.

Lombardo, Author of the world speed record in 1934 that consecrated him “fastest man in the world.” Fell in flying accident in 1942. Gold Medal for Aeronautical Valor.

General and commander of the Red Star Squadron of the Decennial Air Cruise.

Young pilots from Vicenza, Arrigo crashed in plane crash in 1935

Of Creazzo, second lieutenant pilot who fell in plane crash in 1935 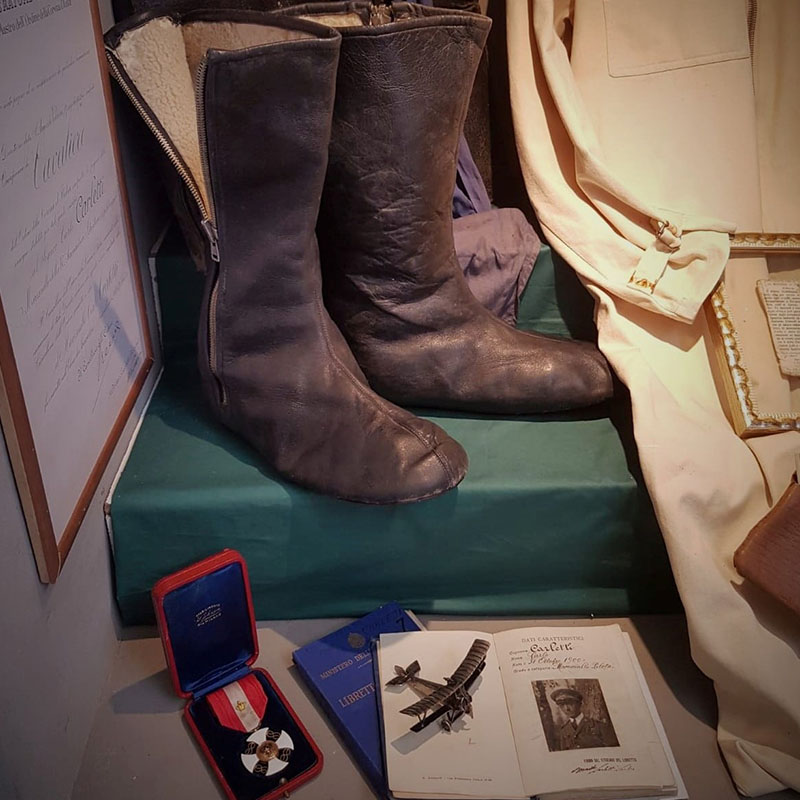 This section is devoted to World War II air combat: especially the important Mediterranean Front where most of the pilots whose memorabilia is preserved were employed. The National Republican Air Force operating in northern Italy during the last stages of World War II is also remembered.

From Savona, fighter pilot of the Red Devils Squadron and partisan after September 8th.

Of Montebello Vicentino, Macchi fighter pilot, shot down over Patras in 1941.

Of Isola, machine gunner of a land bomber decorated with Bronze Medal of Military Valour.

This section is devoted to Allied bombing missions over the Northeast and more specifically over the Vicenza Territory between 1944 and 1945. Among the pieces of interest are what remains of a P-47 Thunderbolt landing gear shot down in the Venice lagoon. 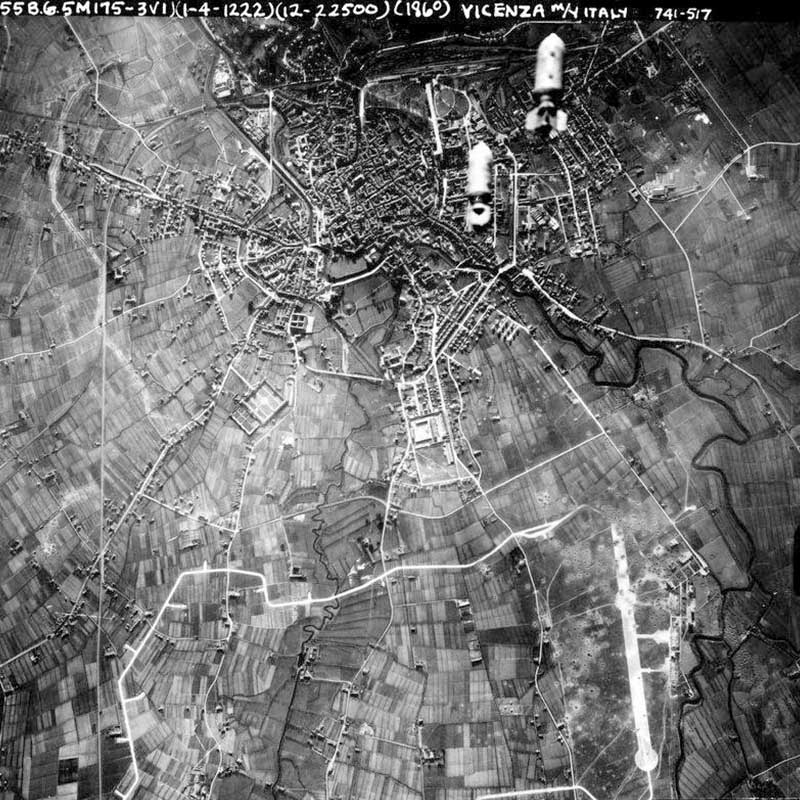