The artillery park and projectile collection

The museum displays 41 pieces of artillery from the two World Wars.

These are pieces of different calibers and types:

A good portion of the belligerent armies of the 1914-45 period are represented: the Kingdom of Italy, Austro-Hungarian Empire, Germany, England and the Commonwealth, the United States, and Russia.

In each case all the exhibits are related to military events in which Italy was involved.

The pieces of the Kingdom of Italy

The pieces of the Commonwealth

Germany, Russia, and the United States

The collaboration with the Museo Storico Italiano della Guerra of Rovereto

The pieces of the Kingdom of Italy

There are eight Italian artillery pieces on view at the Museum. Many of these already used during World War I, repurposed, were used throughout World War II and in some cases, afterwards.

The 75 mm is present in two versions, one from the turn of the century and one from the 1930s. The 105/28 cannon, however, remains the largest caliber among the Italian pieces on display.

Of considerable importance is the rare 100/47 submarine gun. 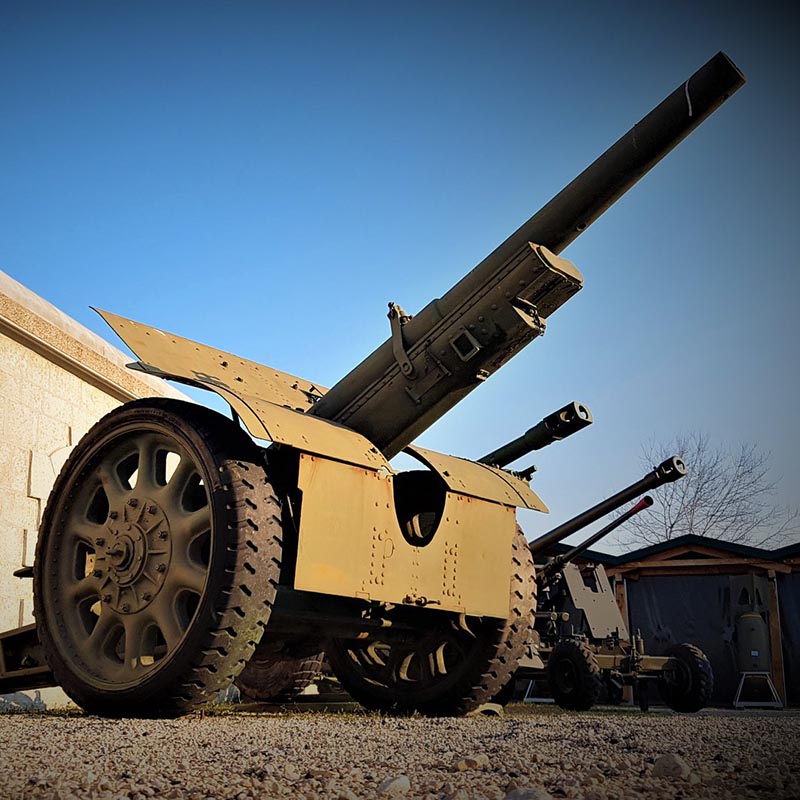 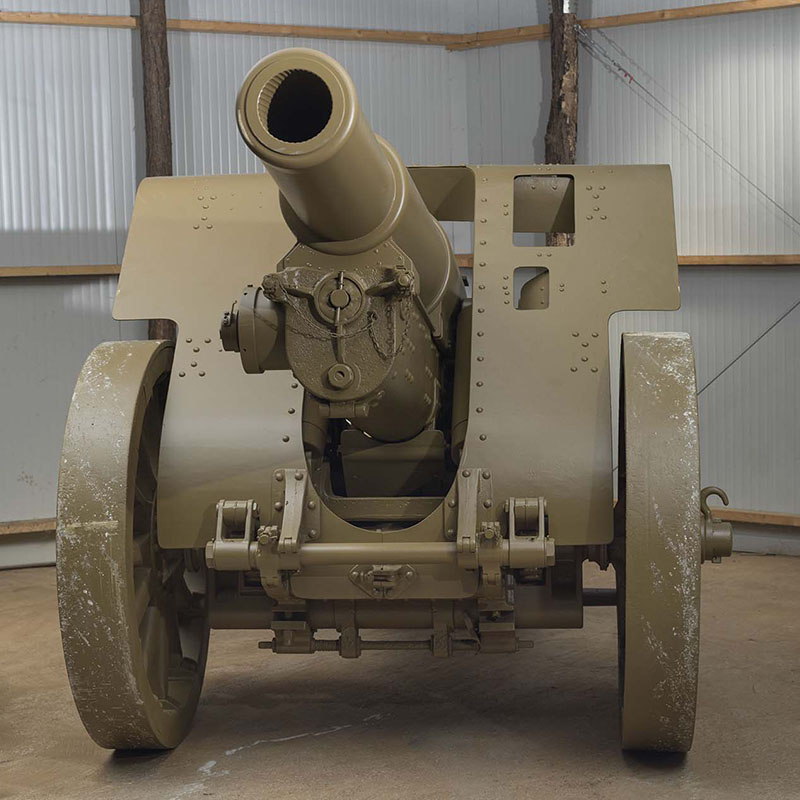 The five pieces employed by the Austro-Hungarian Empire represent three types of imperial firearms: the field howitzers (present in 15-cm caliber) the 7.5-cm mountain howitzer, and the minenwerfer for close fire.

Almost all were of Skoda manufacture.

A large quantity of British and Canadian artillery is on display in the outdoor park. 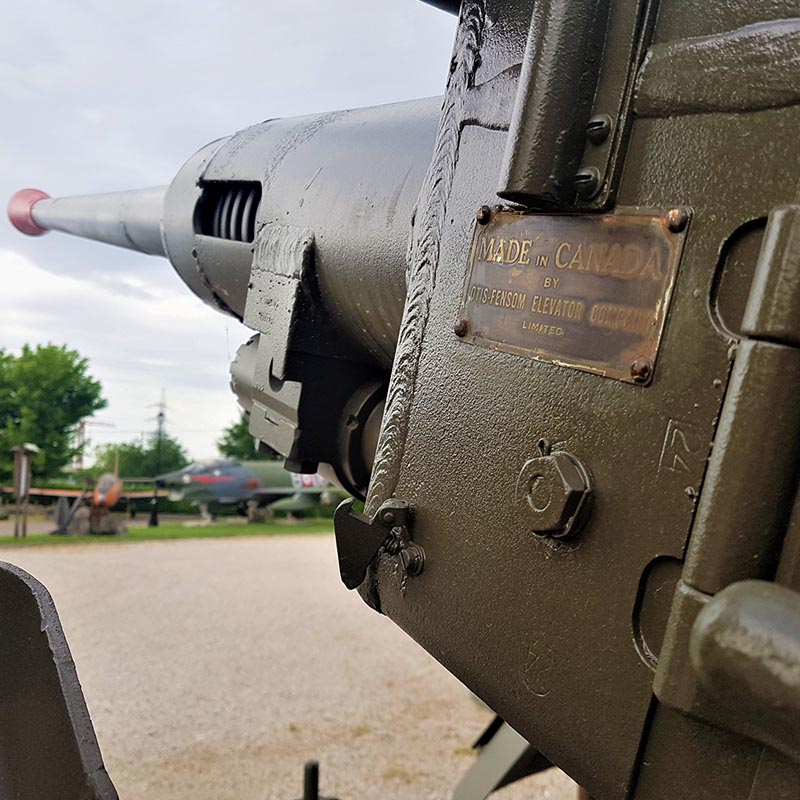 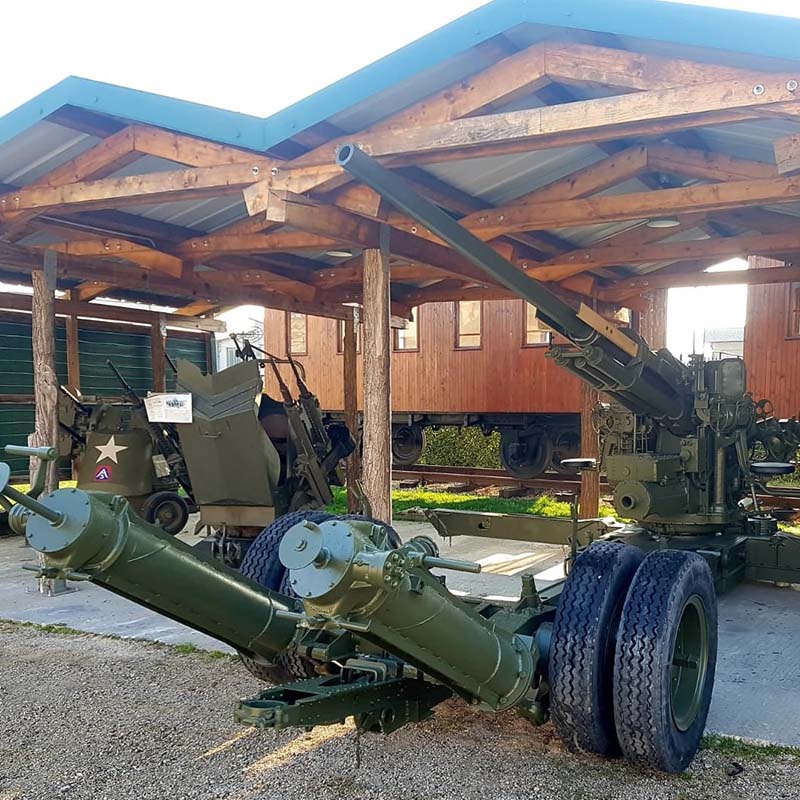 Germany, Russia and the United States

The Soviet Army is represented by a massive 122-mm cannon reused as wartime prey by the Germans in the 1940s. Among the Axis pieces visible is a German 7.5-cm anti-tank gun in Mediterranean coloration.

The museum also displays dozens of artillery shells in various calibers, mainly from the Great War.

Of particular interest is a 38-cm shell fired on the Asiago Plateau by the famous Austro-Hungarian howitzer “Barbara.” 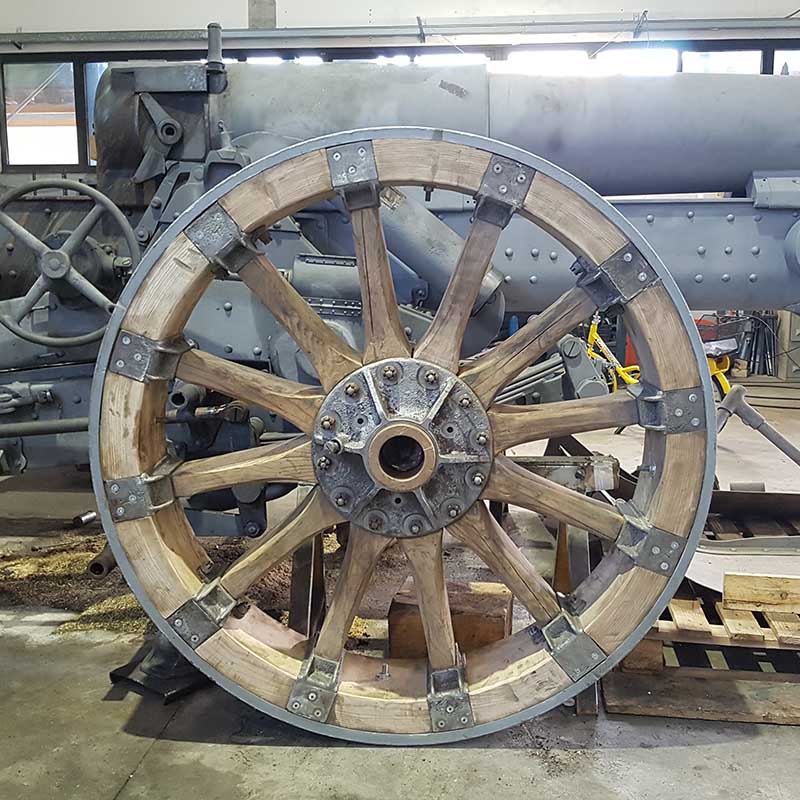 The collaboration with the Museo Storico Italiano della Guerra in Rovereto

In January 2021, the Museo delle Forze Armate 1914-1945 and the Museo Storico Italiano della Guerra in Rovereto entered into a Convention that will provide for the display of six important artillery pieces that are part of the Rovereto Museum’s collections.

The pieces, which were not displayed by the prestigious Trentino institution, are available to the public and can be seen in Montecchio after careful maintenance work was done on some of them.