There are some historical events that remain ingrained in the memory of families more than others, among them one of the events that left the greatest imprint, especially in our area, was the Russian Campaign.

Countless families were involved, many visitors to the Museum tell us about their father, grandfather, uncle, some even their brother, sent to Russia and most often, never returned.

The purpose of the exhibition is to recall everything that led to the above, from the nefarious decision to send an Italian Expeditionary Corps to Russia (and to expand it later) to the unpreparedness in facing a front such as the eastern one, but in equal measure also the Italians’ valour, sacrifice, human solidarity and sense of duty.

The exhibition is the largest ever set up at the Armed Forces Museum and displays extraordinary and unique pieces, made available by private collectors, associations and families. 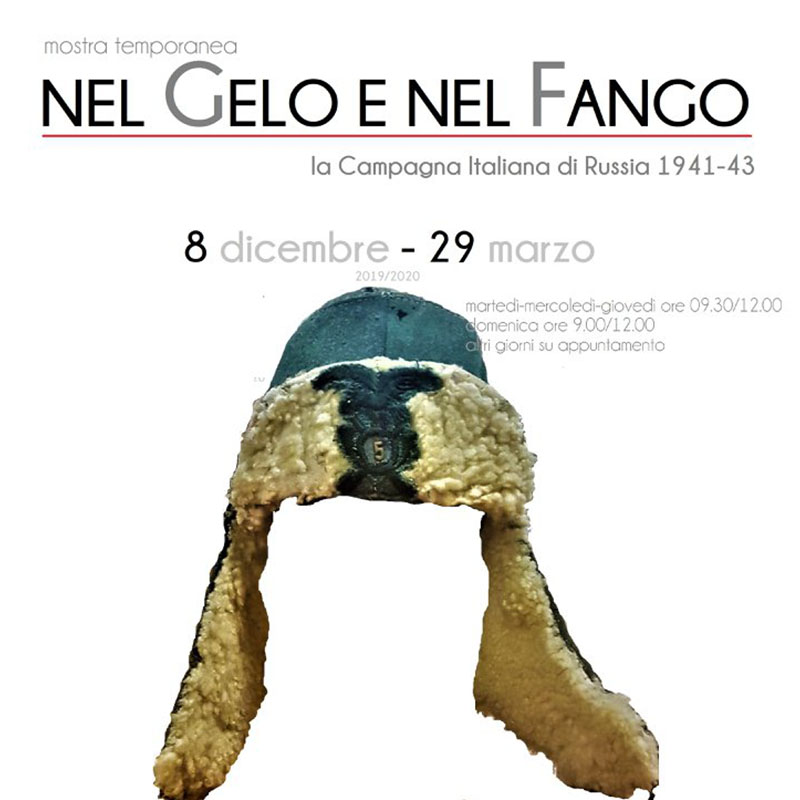