The exhibition will be organised in two macro-sections:

the first, material, in which relics such as gavette, gamelle, jerrycans, drums and annexes, and bottles from the war period used by the various belligerent armies during the Great War will be exhibited. The intention is also to recover relics relating to the highland water pumping system and animal-drawn tanks found in other museums in the Veneto region.

The second is predominantly photographic and documentary in which, in special high-definition panels, the great innovations that took place from the Great War onwards for the water supply of the millions of men at the front will be highlighted, as well as letters and documents with the direct testimonies of the soldiers themselves and maps showing the water supply routes on the Pasubio-Altipiani sector.

The aim of the exhibition is to highlight the importance of water and the water engineering associated with it even during the dramatic periods of war.

The entire supply system is a world still partly to be explored and generally unknown to most. 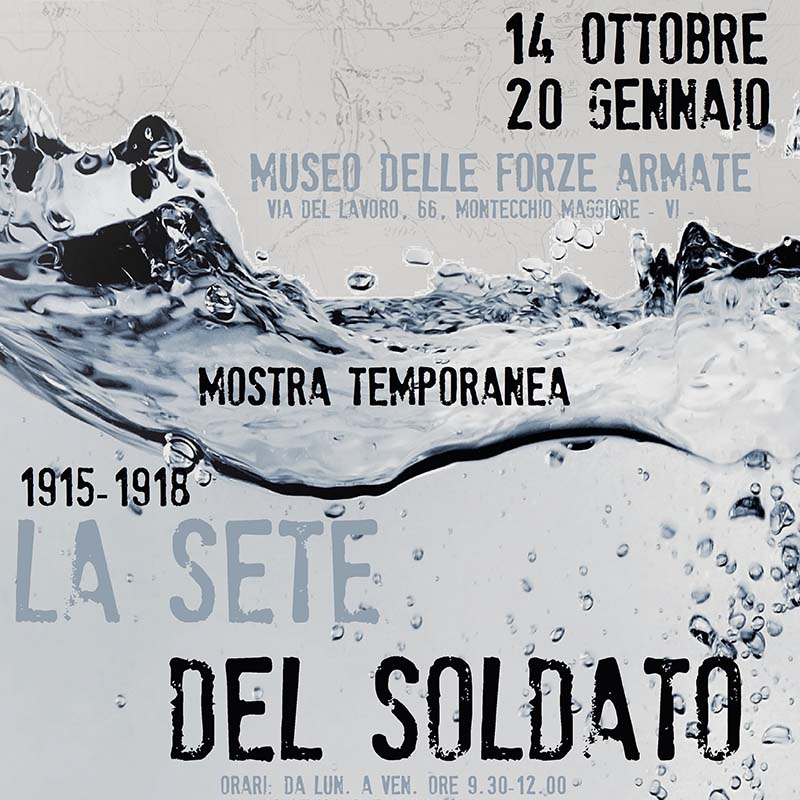